Our Aims and Objectives

Aims And Objectives of The Liberal Party

The aims and objectives of The Liberal Party of Gibraltar are as follows: 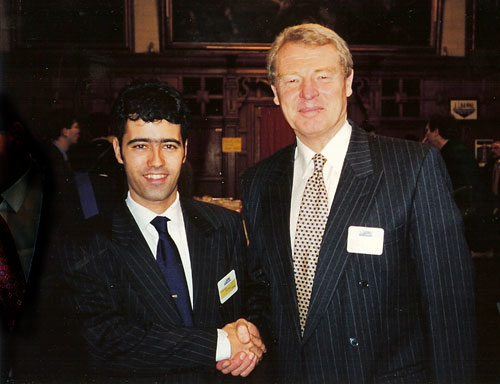 In 1997, a delegation of seven Executive Members attended the Congress of Liberal International (LI) in Oxford, where the LI manifesto of 1947 was reviewed and updated. It is a condition of our membership of Liberal International that we subscribe in general terms to the document that follows, and it is hereby included as part of our Aims and Objectives.

The Liberal Agenda for the 21st Century

The Liberal Manifesto, adopted by the 48th Congress of Liberal International on 27-30 November 1997 in The Town Hall in Oxford, UK. Inspired by the founders of the Liberal International who fifty years ago launched the Liberal Manifesto, 475 Liberals from every continent have returned to Oxford on 27-30 November 1997 to consider Liberal responses to the challenges and opportunities that emerge on the threshold of a new millennium.

Over the past 50 years, substantial progress has been made in establishing open societies based upon political and economic liberty.
However, there is still a long way to go. New generations have to define Liberal priorities in the face of new opportunities and new dangers.

There remain many challenges to liberalism: from the violation of human rights, from excessive concentrations of power and wealth; from fundamentalist, totalitarian, xenophobic and racist ideologies, from discrimination on grounds of sex, religion, age, sexual orientation and disability; from poverty and ignorance, from the widening gap between rich and poor; from the misuse of new technologies, from the weakening of social ties, from competition for scarce resources, from environmental degradation in an overcrowded world, from organised crime and from political corruption. Our task as liberals in the 21st Century will be to seek political responses to these new challenges which promote individual liberty and human rights, open societies and economies, and global cooperation.

We welcome the progress made over the past fifty years in putting liberal principles into practice in a growing number of countries:

The Challenge For Our Generation

We recognise that these achievements have been won so far for only a minority of humankind.

The challenges we face in the next fifty years are to build on what has been achieved, to extend the principles of liberalism throughout the world, and to harness the forces of change to consolidate rather than to undermine the development of open societies.

The challenges we face include: